Berlin, February 3rd 2020. Spin Digital Video Technologies GmbH (Spin Digital) will present a new solution for live encoding and streaming of ultra-high resolution immersive video at ISE 2020. Onsite demonstrations will be presented from February 11 to 14, at the AZLAB booth (14-K110) at the RAI Convention Center in Amsterdam.

For ISE 2020 Spin Digital will showcase real-time encoding of 12Kx6K 360° video at 30 fps. Without requiring partial streaming techniques, the entire panoramic HEVC video will be streamed at 50 Mbps using a low-latency streaming solution based on the RTP protocol.

Spin Digital will present a new version of its media player optimized for low-latency live streaming and immersive and interactive media playback. The player can process very high-resolution panoramic video on a single PC (up to 16K). The new player has been enhanced in order to support interactive 360° video on immersive displays composed of multiple screens or projectors, and real-time geometric adjustments for curved displays. The player also includes an optimized video renderer for smooth playback and highly responsive user interaction for 360° video. 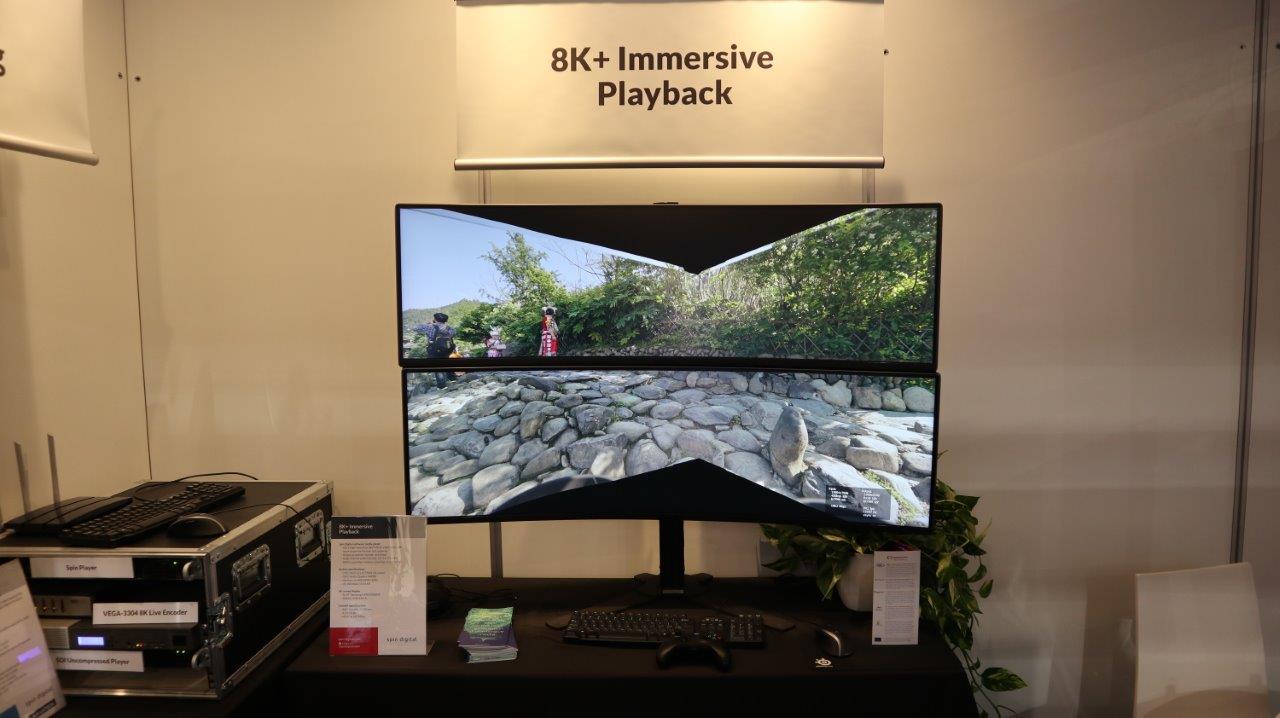 The live demo to be presented at ISE includes:

Arrange a meeting with us to learn more about our products, see a demo of the HEVC real-time encoder, and discuss how Spin Digital can help you to enable immersive video solutions using software video codecs.

This activity has received funding from the European Union’s Horizon 2020 research and innovation programme under grant agreement No 762079 (http://www.immersify.eu)