The Tokyo National Theatre, which primarily stages traditional Japanese performing arts, will host a Sanbasō featuring, among others, the very established and well-known artists and performers Nomura Mansai, Ichikawa Ebizo and Tadao Kamei, a living embodiment of national heritage. As one of Japans most ancient dances, which has its roots in harvest prayers, cleansing rites, and origin myths, the Sanbasō as part of this occasion, will also represent a new milestone for public media technology.

NHK and the Ars Electronica Futurelab

With a focus on the cultural and social challenges emerging technologies imply, and with an ambition to advance its own technologies and the resulting creative opportunities, the Ars Electronica Futurelab implemented Deep Space 8K as a case sui generis. With a 16 x 9 meter projection surface and another 16 x 9 meters of floor projection, laser tracking, 3D animations, and up to 8K projections, the media experience is being raised to a completely new, unprecedented level. Known as a challenging infrastructure for media artists, Deep Space 8K at the Ars Electronica Center also aroused interest when NHK started its preparations for broadcasting the 2020 Olympics in 8K.

Since then, several screenings of NHK prototypes and test runs have been realized within this partnership, along with the development of new content. At the Ars Electronica Festival 2017, for example, a Sanbasō video performance was presented to Austrian and international visitors, with an 8K documentary featuring the artists Mansai Nomura and Daito Manabe.

Under the auspices of IMMERSIFY, an international research program on new generations of immersive media technologies that is part of the EU-funded Horizon 2020 program, Ars Electronica Futurelab and NHK are joining forces again in a new relationship as research partner and advisory board chair (NHK Technologies). Following on from the existing collaboration, numerous trend-setting media developments have already been implemented. The 8k live streaming at the Ars Electronica Deep Space is another important

step in this direction. Supported by Spin Digital, a member of the Immersify consortium, and developer of software for cutting-edge video applications, and sponsored by LIWEST, providing the public access internet connection in Linz, a Japanese deep-rooted cultural tradition can be experienced in real time by the Austrian public.

Celebrating the 150th anniversary of the friendship between Japan and Austria on August 28, 2019, the two partners NHK group companies (NHK Enterprises and NHK Technologies) and Ars Electronica are inviting the public to the livestream experience of the Sanbasō performance from TOKYO National Theatre at the Ars Electronica Deep Space 8K. Starting at 09:30 a.m. the streaming will be prefaced by an introduction at 09:00 a.m., introducing viewers to the cultural background and history of Sanbasō as a ritual and performance art, as well as to the technical challenges that had to be mastered.

An event organized by Ars Electronica and NHK group companies and NEXCDi-Forum.

Visitors of the event are also invited to join the Ars Electronica Festival 2019 highlight press conference that will take place at the Deep Space subsequent to the Sanbasō Livestream event at 10:00 a.m. 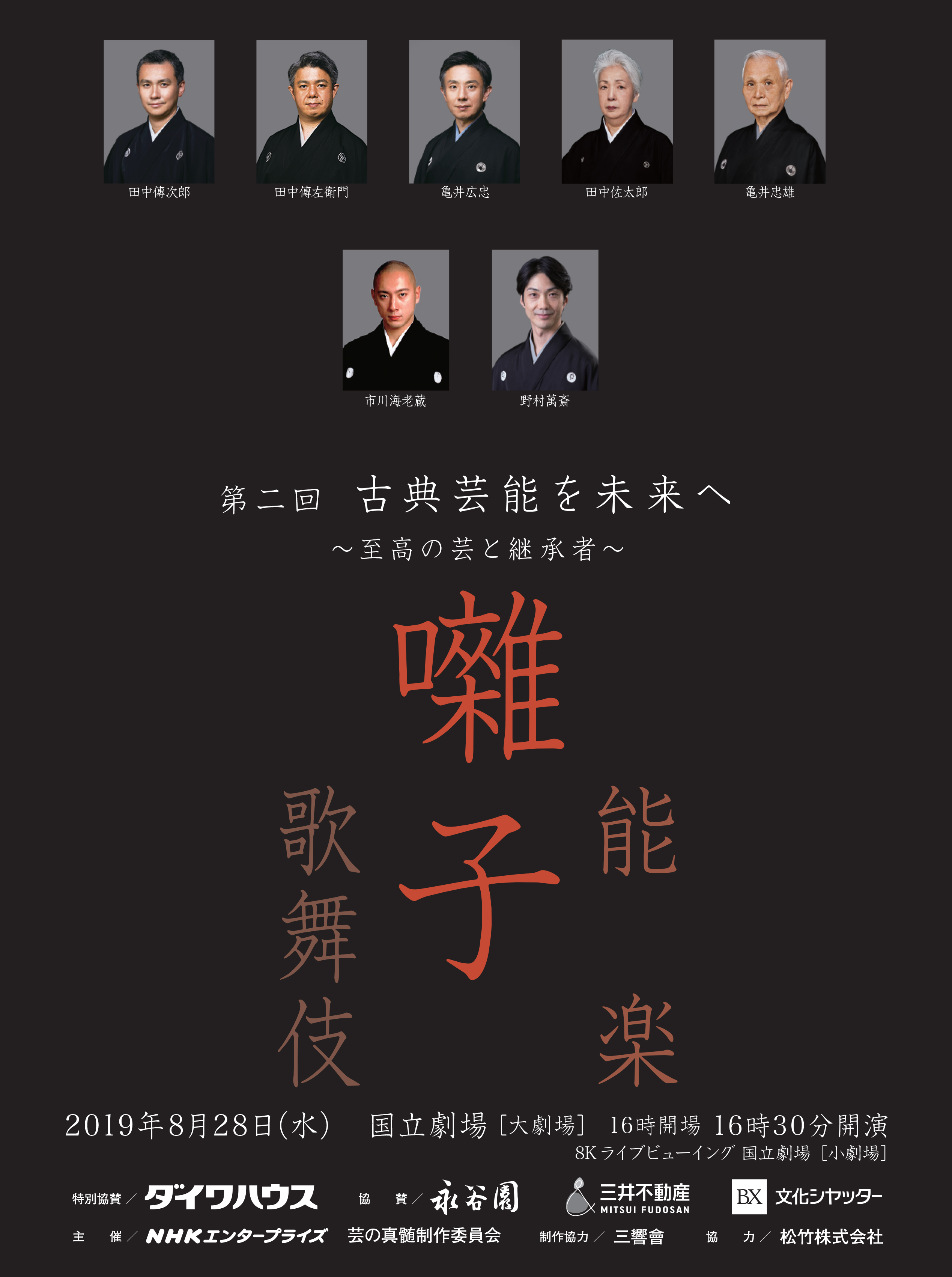 Sanbasō is one of Japans most ancient traditional dances. Having its roots in Japanese Mythology prayers, Sanbasō can be traced back to a ritual dedicated to the Naratsuhiko shrine in Nara for 1300 years, which is said to honor the five grains representing wealth and sanity.
Carried on and refined in cultural heritage, the dance finally found its way into performances of the Noh and Kyogen and finally also into Kabuki frames. Performed at the harvest festival, opening a Kabuki season or marking the opening of a new theatre after actors have gone through purifying abstention and fasting, Sanbasō specifically stands for cleansing and genesis.
Traditionally, a Sanbasō includes prayers for a bountiful harvest through a requiem, the Mominodan danced without mask, showing everyday life and offering thanks, and the Suzunodan, danced with the god’s black mask and mimicking the sowing of seeds with a bell.
In the Tokyo National Theater performance, masters of both Nohgaku and Kabuki will perform Sanbasō — a rare event. 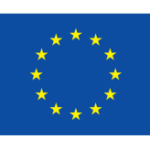